Matching the Image View With a Video Display

In most applications on a Mac, displaying images and video is color managed in OS X by a technology called ColorSync. This is also the case for Livegrade’s Image View that can display movies, stills and live video.

For more information on this topic, please see Apple’s TN2257.

If you want to

you can perform one of the two actions described below:

Performing these steps should lead to the exact same image of Livegrade’s Image View on the attached monitor – when compared to a non color-managed system or the camera signal displayed directly (e.g. via HD-SDI) on a broadcast reference monitor.

How to disable color management (ColorSync) in Livegrade 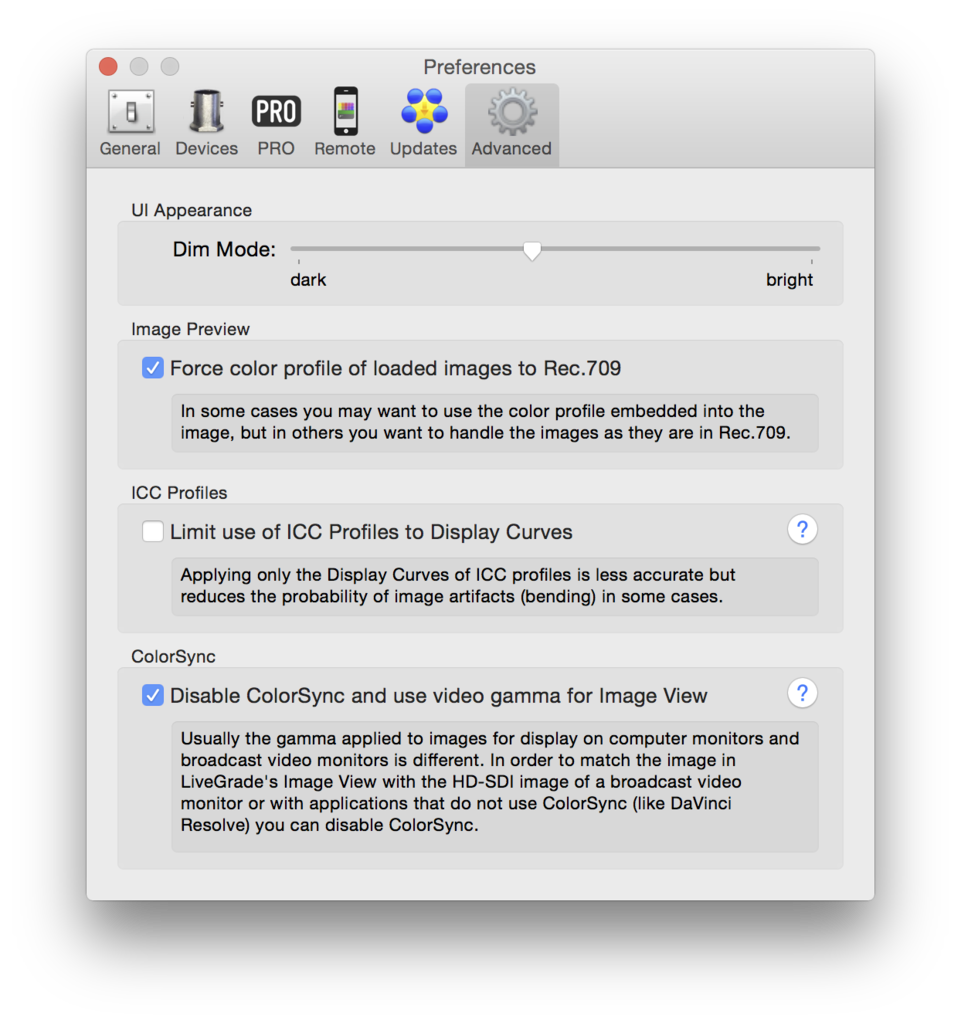 Note: It’s possible to output the Image Viewer through the SDI Out when using Livegrade as described in the article Image View Output to HD-SDI in Livegrade.