Color correcting live signals and reference media is done in the grade controls area of the main window.

Grade controls are grouped in grading nodes, a grading node can be understood as one image filter with one or more parameters. A certain set of grading nodes belong to a grading mode. A grading mode is a color pipeline for a certain purpose or tailored to a certain hardware device (e.g. “CDL and LUT”, or “ACES CDL”).

The available grading modes are:

Some grading modes allow you to reorder, add and delete filter nodes. To start customizing the grading nodes, you have to click on «Edit».

Once you are in the «Edit» mode, it is possible to reorder the nodes using drag and drop. You can remove a node by clicking on the «x» button. The «+» button allows you to add new filter nodes to the grading mode.

In order to maximize the compatibility of the grades along the production workflow, as well as the ability to export the grades in a certain format, there are some limitations on how you can reorder the grading nodes. The Freestyle modes do not have these limitations, but you can only export those looks as 3D LUTs and not as CDL files. These are the limitations:

The CDL node holds controls for the slope, offset, and power (SOP) values of the ASC-CDL formula.

Note: Although ASC-CDL doesn’t specify limits of its values, some 3rd party software products limit values in their ASC-CDL grade controls. An indicator (“i”) on the very right of the grade UI Livegrade indicates that values are out of the range that is commonly accepted.

The Curve node lets you adjust the 1D LUT curve on the image. If you click on «Edit», the curve editor window will pop up. It allows you to precisely grade your footage: 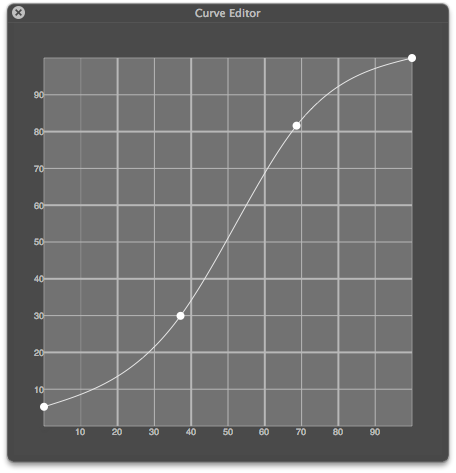 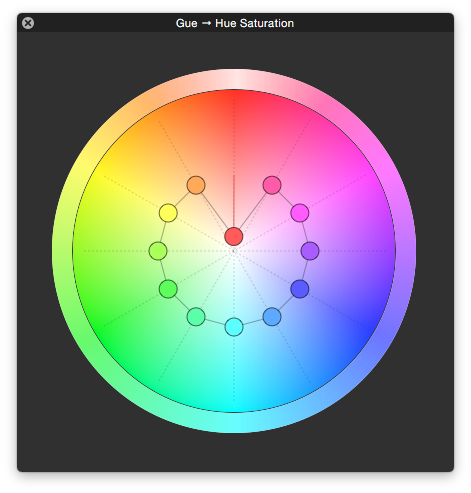 The ACES grading modes have special grading nodes representing the specific transforms of the ACES pipeline, e.g. IDT and ODTs. You can learn more about these grading modes in the article Using the ACES CDL Grading Mode.

You may have noticed that on the right side of each node in the grading panel a chain symbol appeared. It indicates the synchronization state of the node:

It’s possible to switch the linked state of a node by clicking on the chain buttons. For more detailed information about the node synchronization, please check the article Linked Looks.