Setting up PomfortVL for Foreground Grading

This article covers features which are only available in Livegrade Studio.

This article documents an example setup for foreground grading in virtual production. Foreground grading uses the concept of manipulating the image of the camera with a LUT box while compensating that grade with an “inverse” grade in the background, i.e., the LED wall. This can be set up with the Pomfort Virtual LUT Box for Unreal Engine, a regular LUT box, and Livegrade Studio.

The necessary hardware setup for foreground grading is as follows: 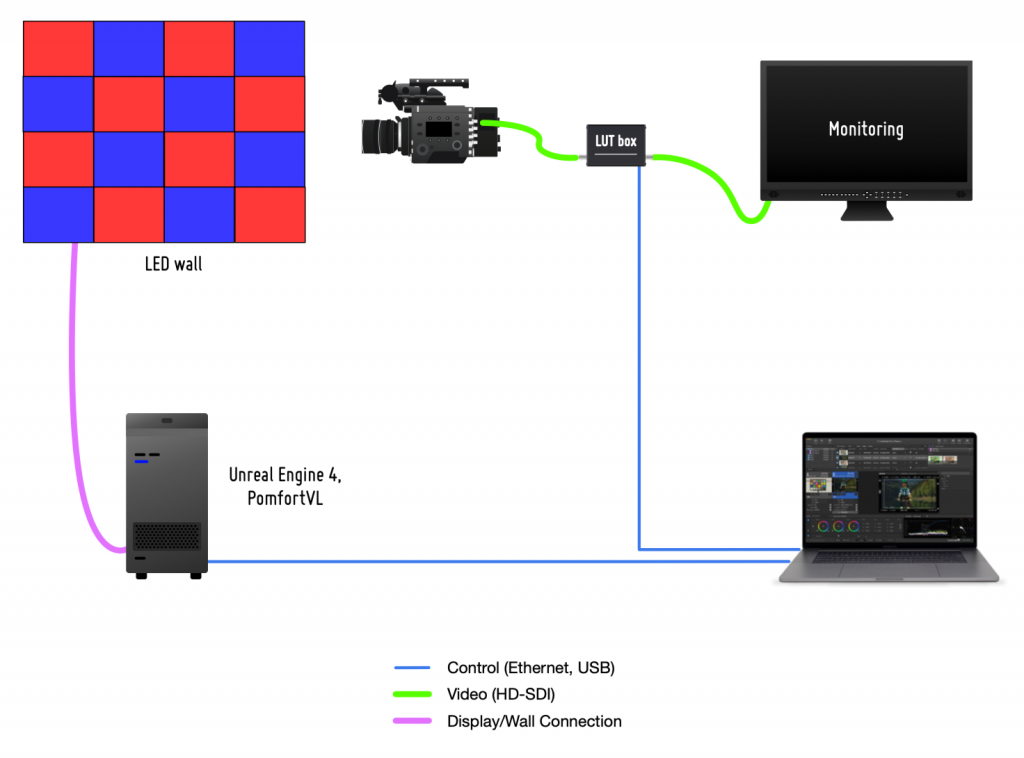 If the actor in the image should appear “greener” while the background should stay unchanged:

Now you can use 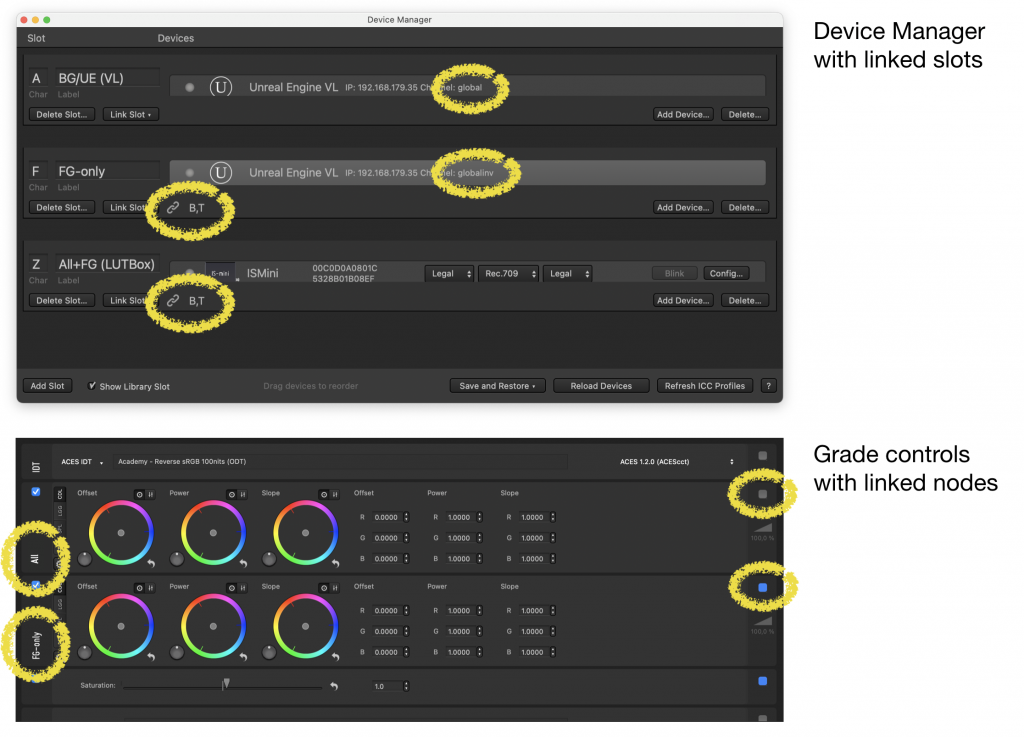