Frame Lines in the Playback View

It is usual to record footage with an aspect ratio different to the one used in the final product, which makes the quality checking of the clips a bit more challenging. For this reason, Silverstack offers the possibility to overlay frame lines over the clips in the playback window, as well as for the SDI output.

The frame lines can be activated through the «Visual Controls» menu. You can open the visual controls from the Main Menu. Choose “Playback>Show Visual Controls”: 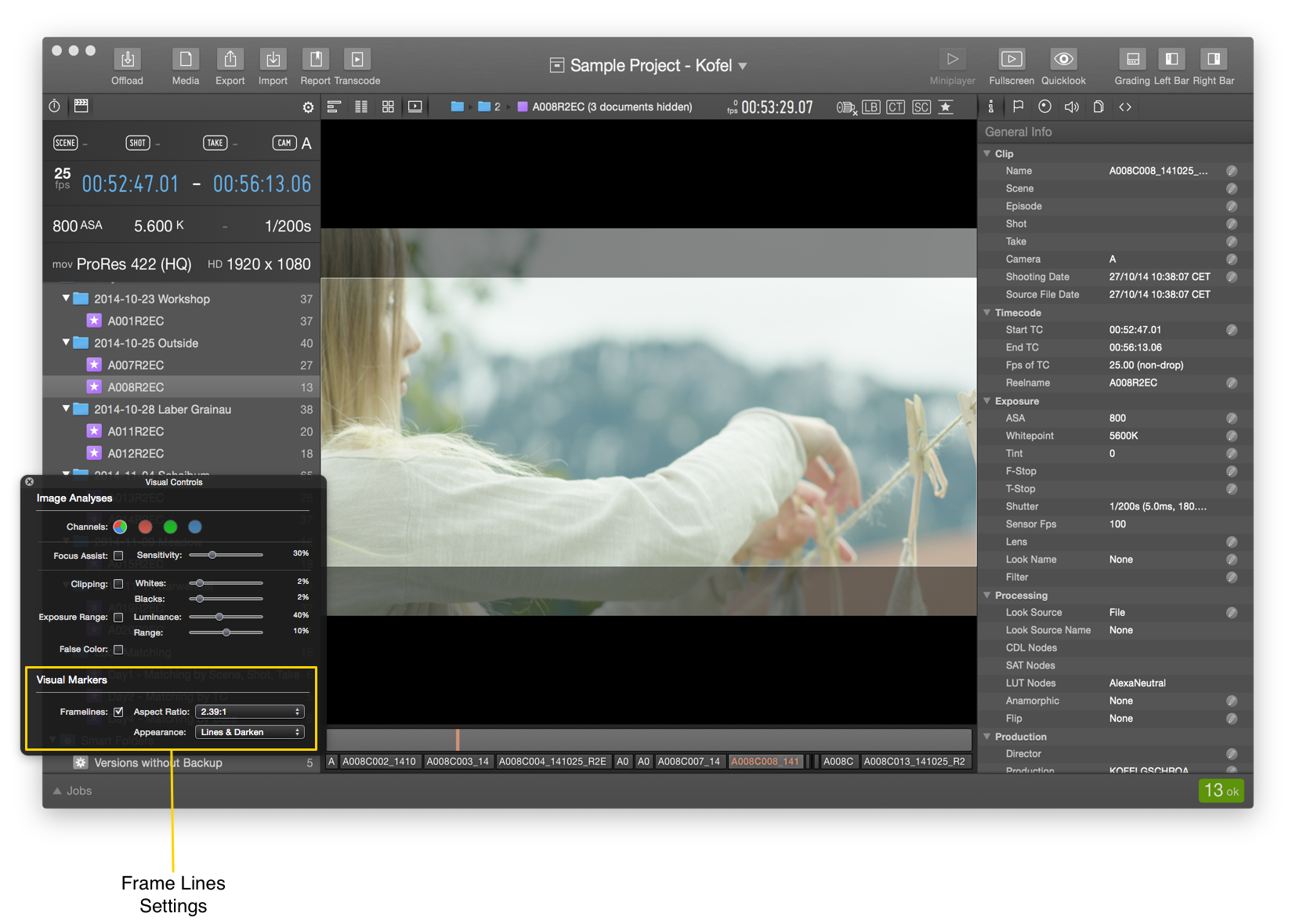 Once in the Visual Controls window you can activate the frame lines with the checkbox. You can then select the aspect ratio and appearance of the frame lines:

You can enter a custom aspect ratio to apply it as frame lines. All entered aspect ratios will be saved in the dropdown and sorted in alphabetical order: 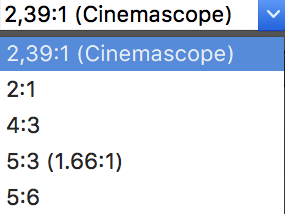 The list of aspect ratios is shared between all three places in Silverstack Lab where aspect ratios can be set: In the Visual Controls for framing assistance , in Crop, and in the transcoding configurations.