Silverstack supports importing metadata from other on-set applications, such as ZoeLog, Movieslate, Drylab, QTake or Pomfort Livegrade. These import wizards are complemented by a preview window, that allows you to check the impact of the imported metadata files and adapt the import options – before applying the import to your library. 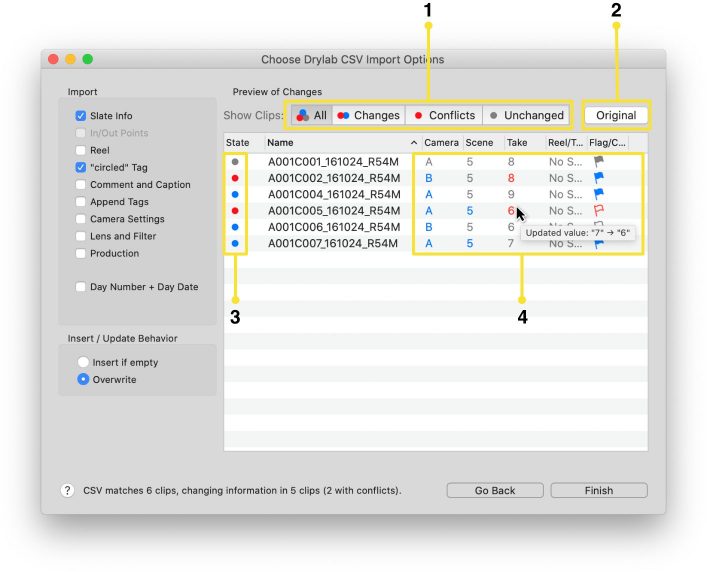 Changes to the Import Options and the Insert/Update Behaviour (on the left side of this wizard step) are displayed instantly in the preview window.

For further details about the import wizards, please check the KB articles