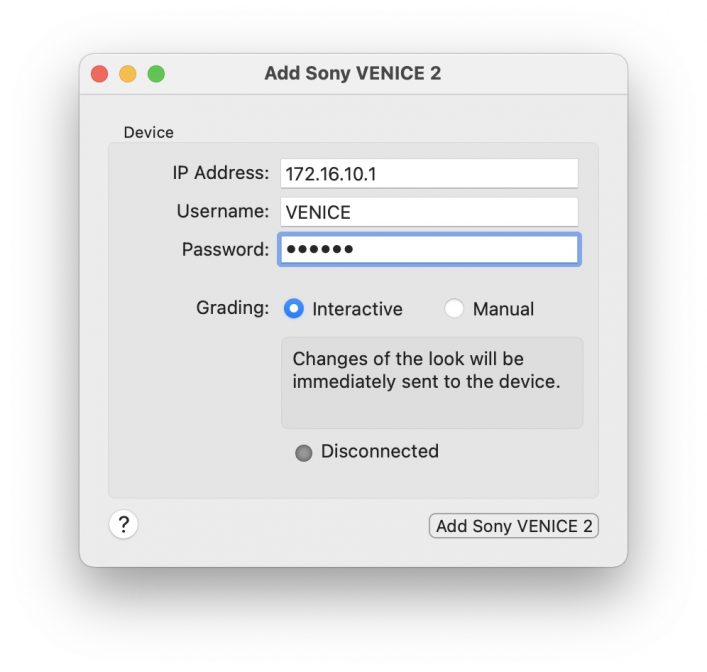 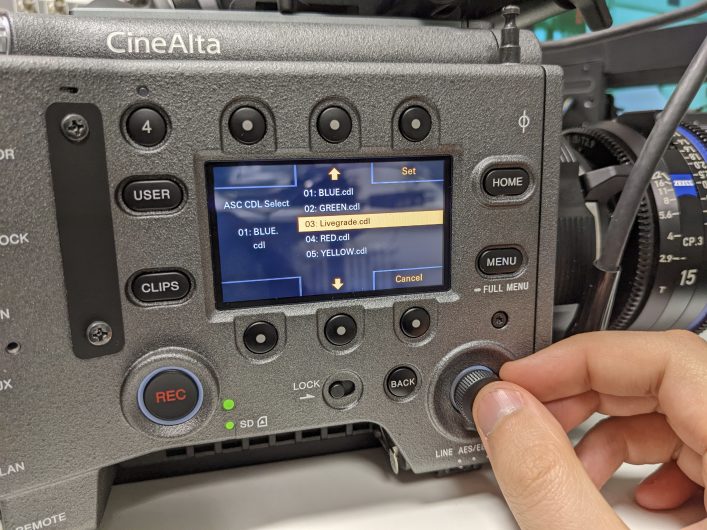 Note: Make sure to use the same LUT in the Livegrade LUT node as in the camera, e.g., use a Sony LUT preset (Sony Look Profile) or a Show LUT from your colorist. 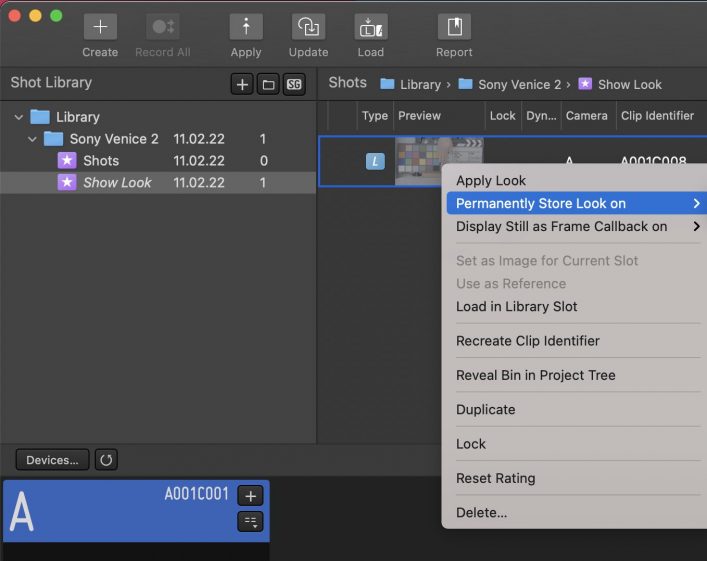 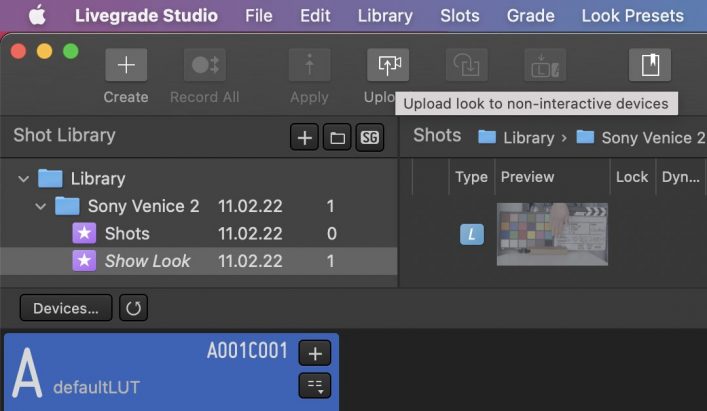 Note: The in-camera grading integration does support working within an ACES pipeline. However, you can use a basic setup with a LUT box or another real-time grading device for working in the ACES CDL or ACES CDL Advanced grading modes.