The image viewer shows the image of the currently selected shot or the library slot.

You can set the image viewer to fullscreen on the screen where the viewer is currently shown by clicking the green little icon in the window header bar, or click “Fullscreen” in Livegrade Pro’s toolbar.

In a setup with two computer screens attached to your Mac (or a notebook screen with an additional external monitor) the viewer can go fullscreen on one computer screen, while the Livegrade Pro main window is shown on the other screen. To do so, move the image viewer window to the second screen and then go to fullscreen.

The image viewer can display a second image or look (e.g. from a framegrab or a movie of a shot) for reference in a split-screen or overlay mode. 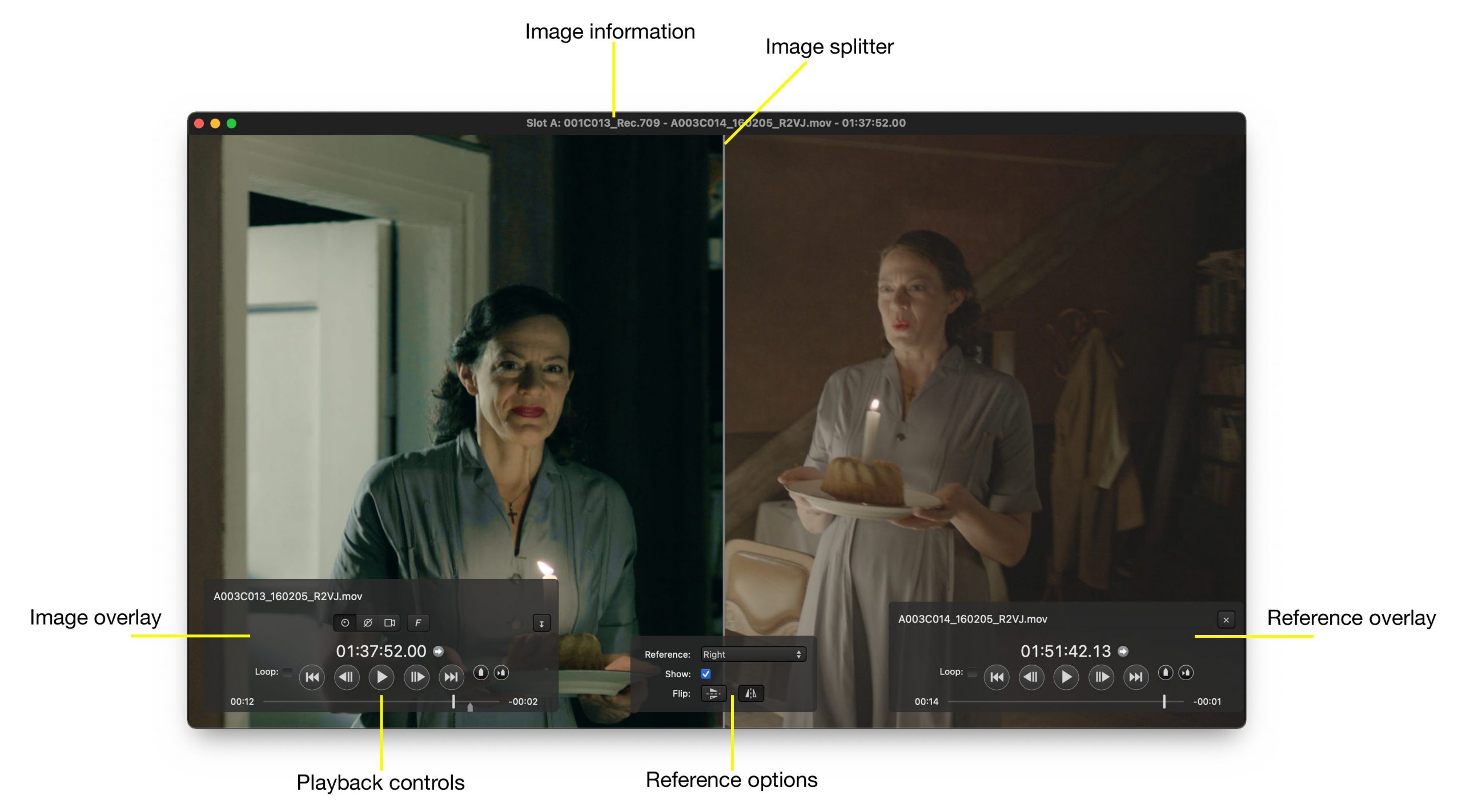 The image overlay displays the display options for switching between “Graded”, “Bypass”, and “Original” image. These controls double the controls from the slot user interface.

The image overlay also offers a “Export image” button. This button saves the current image in the file system of your Mac. This control doubles the control from the slot user interface.

The reference overlay shows the name of the image shown for reference, and allows to remove the reference.

In the reference options you can choose which compositing mode should be used for displaying the reference image with the viewers image.

You can move the image splitter (e.g. shown in “Left – Right” mode) by dragging it.

The playback controls provide buttons for play, next frame, previous frame and go to start/end of the movie.

A timeline slider indicates the current position and allows scrubbing to a specific position. Playback can also be controlled using the keyboard shortcuts J, K and L:

Other shortcuts for navigation in movies are available from the main menu.

JKL keyboard navigation works for all movies loaded in slots, either in the viewer window or via SDI connected monitoring devices. 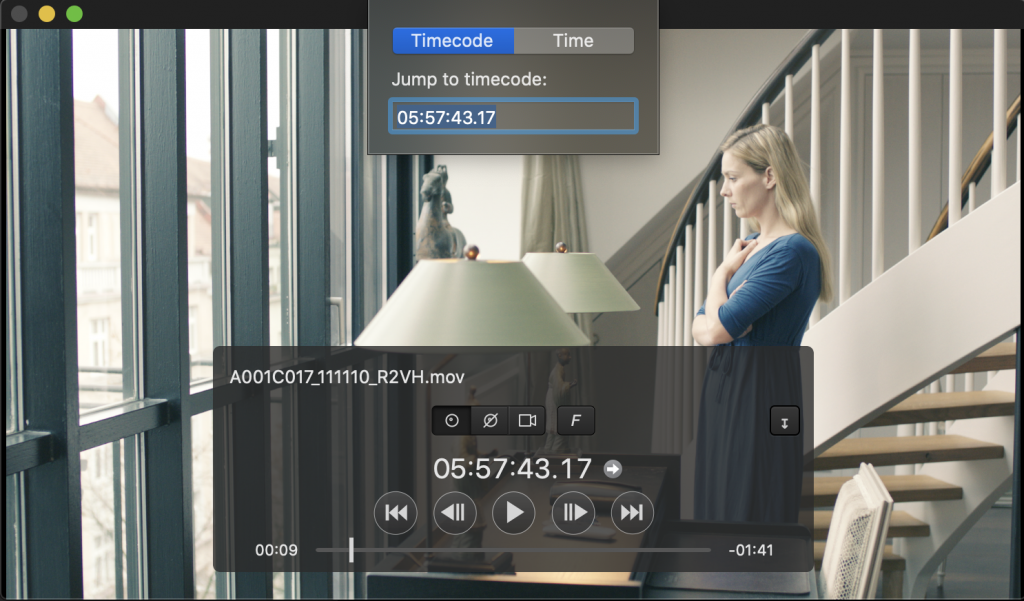 “Jump to Timecode or Time” sheet

“Jump to Timecode or Time…” can also be accessed via the “Edit” menu. 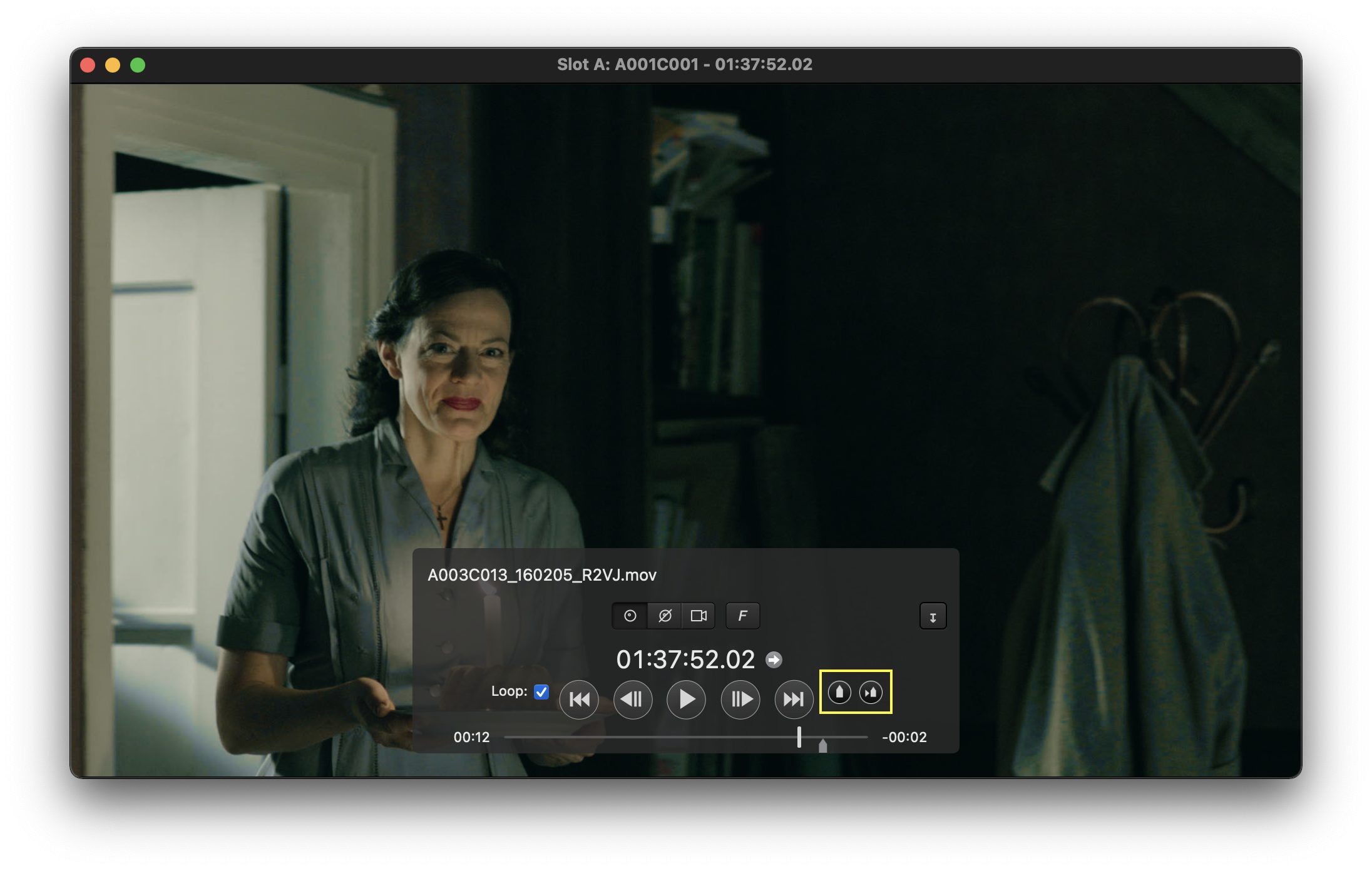