Media folders and the current record folder are project-depending settings. Consequently, it makes sense to use a separate media folder/record folder for each project.

Each Livegrade media folder contains a “LIVEGRADE-ASSET-FOLDER.json” file holding an UUID for unambiguous referencing of media assets in Livegrade projects.

Note: Livegrade detects a media folder by reading the UUID stored in the JSON file of the folder. Make sure that the corresponding JSON file always remains in its media folder.

When you change a project’s media folder in the recording preferences, Livegrade automatically detects the UUID of the new media folder and reconnects any matching media if the project holds media files that are associated with the UUID.

You can see if a media file for a shot is offline by checking the opacity of the type icon in the shots table or the info tab. A light-grey “Media Offline” image indicates the offline media status also in the info tab and in slots using the media as current image source.

The offline media status of media folders (and volumes) is also indicated by a lower opacity of the rows in the table of the recording preferences.

You can monitor running media import or media export jobs in the progress bar. If required you can cancel running jobs. All jobs are also canceled automatically when you quit Livegrade and will not be resumed when Livegrade is opened again.

Note: Already copied files will not be deleted after canceling a job. Make sure to delete redundant files manually in the Finder if necessary. 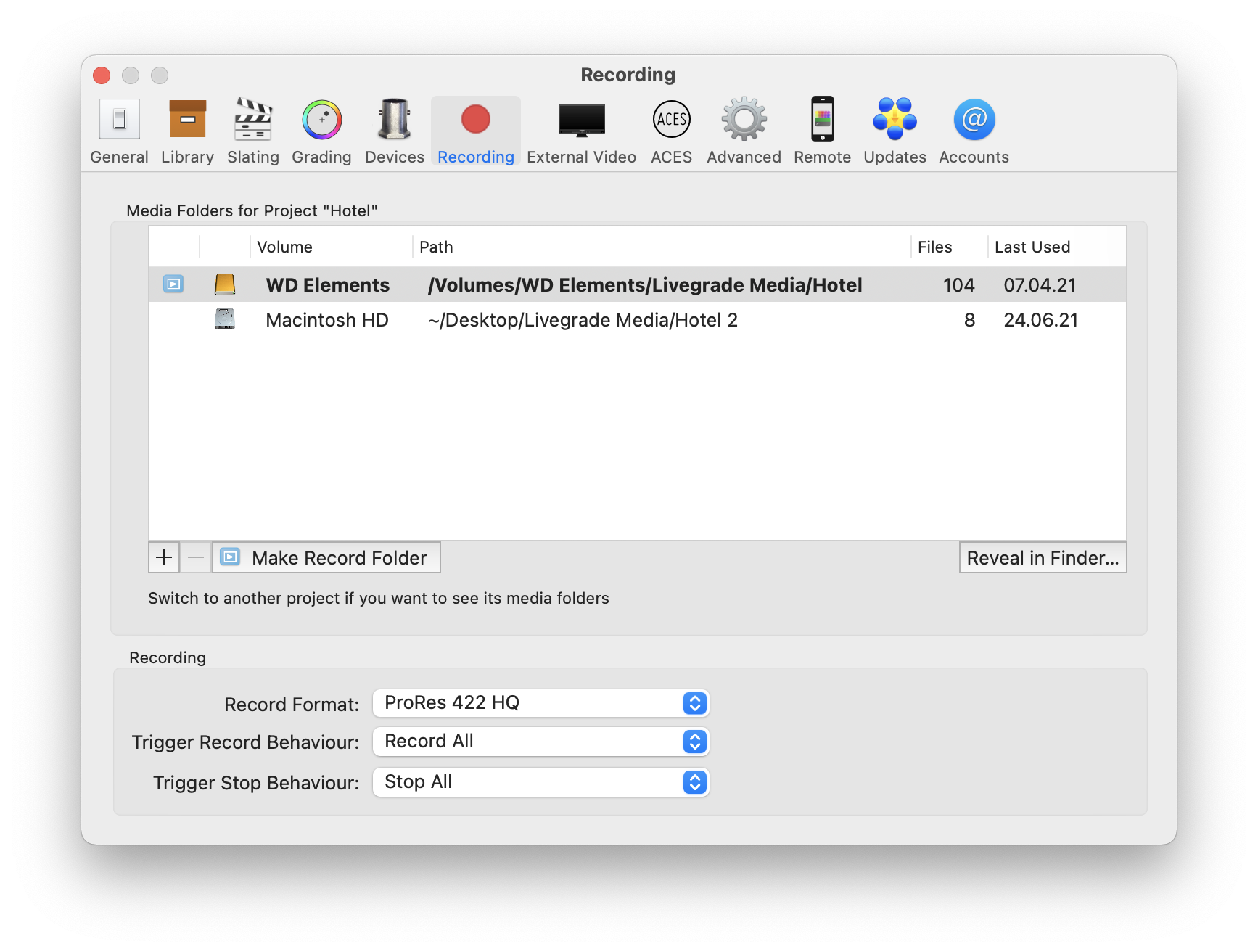 Note: When adding a media folder from another project to your project’s recording preferences and you delete shots and the associated media files within one of the projects, the files will be offline in both projects

Direct import of a directory with media

With the menu item “Add Media Folder and Import Media…”, you can add a directory with media as a new media folder to your project’s recording preferences and import all containing media files directly into your shot library (without copy process). All importable media files, including files in subdirectories, will be imported as new shots.

Important Note: The media folder will be managed by Livegrade so that deleting a shot will also delete the associated media file on your hard drive.

Livegrade provides various options to handle the media files of your recordings and framegrabs: