You can export and import a Pomfort look archive (.pfla), including references to a media folder. When exporting a PFLA, you can choose to leave the associated media files in their original location or copy the media files to another location (e.g., to an external hard drive).

Depending on the used export option, your referenced media folder can either be: 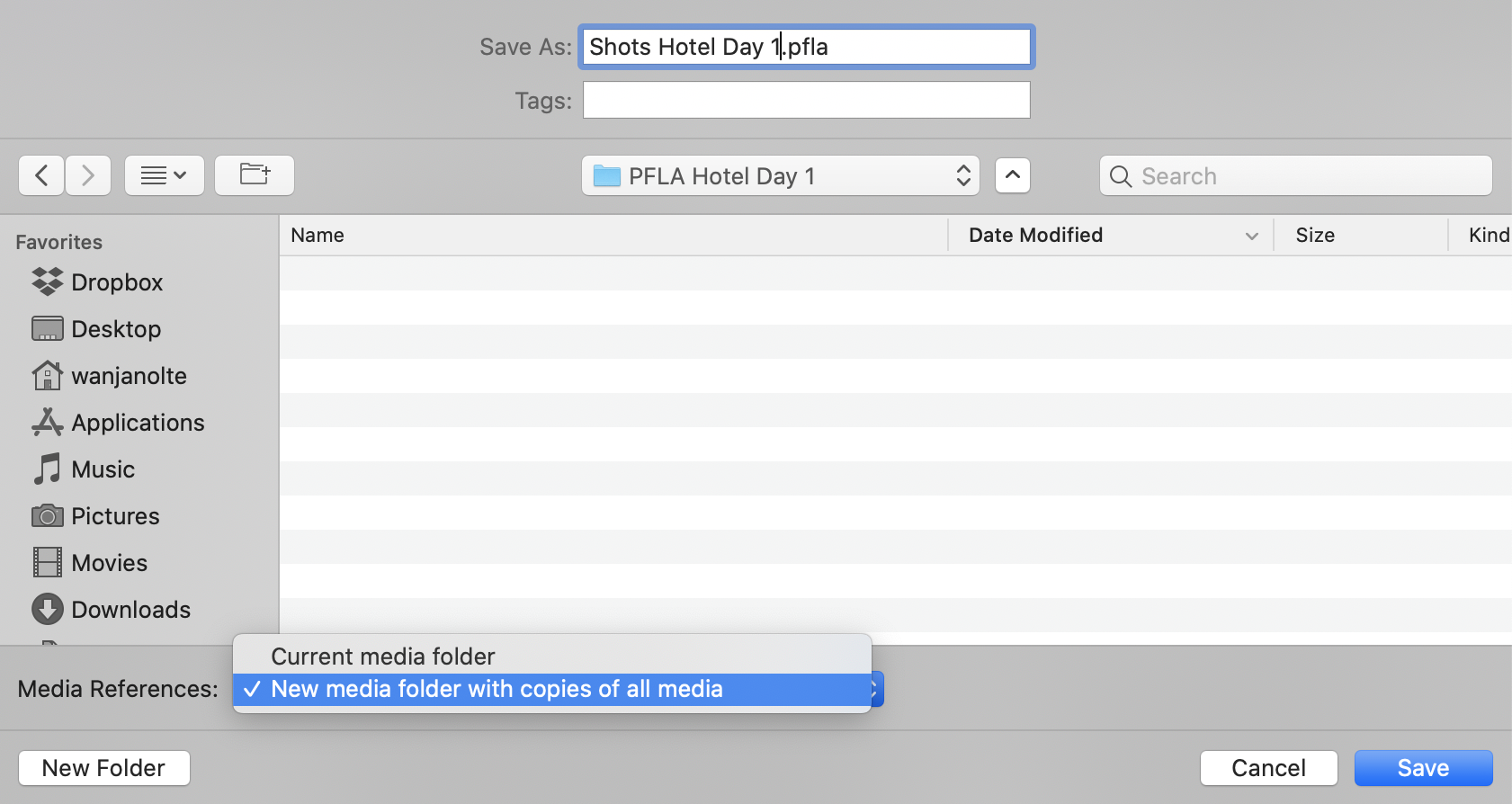 You can now import the PFLA, including media, to another machine or into another project on the same machine.

Depending on the used import option, you can import the referenced media: 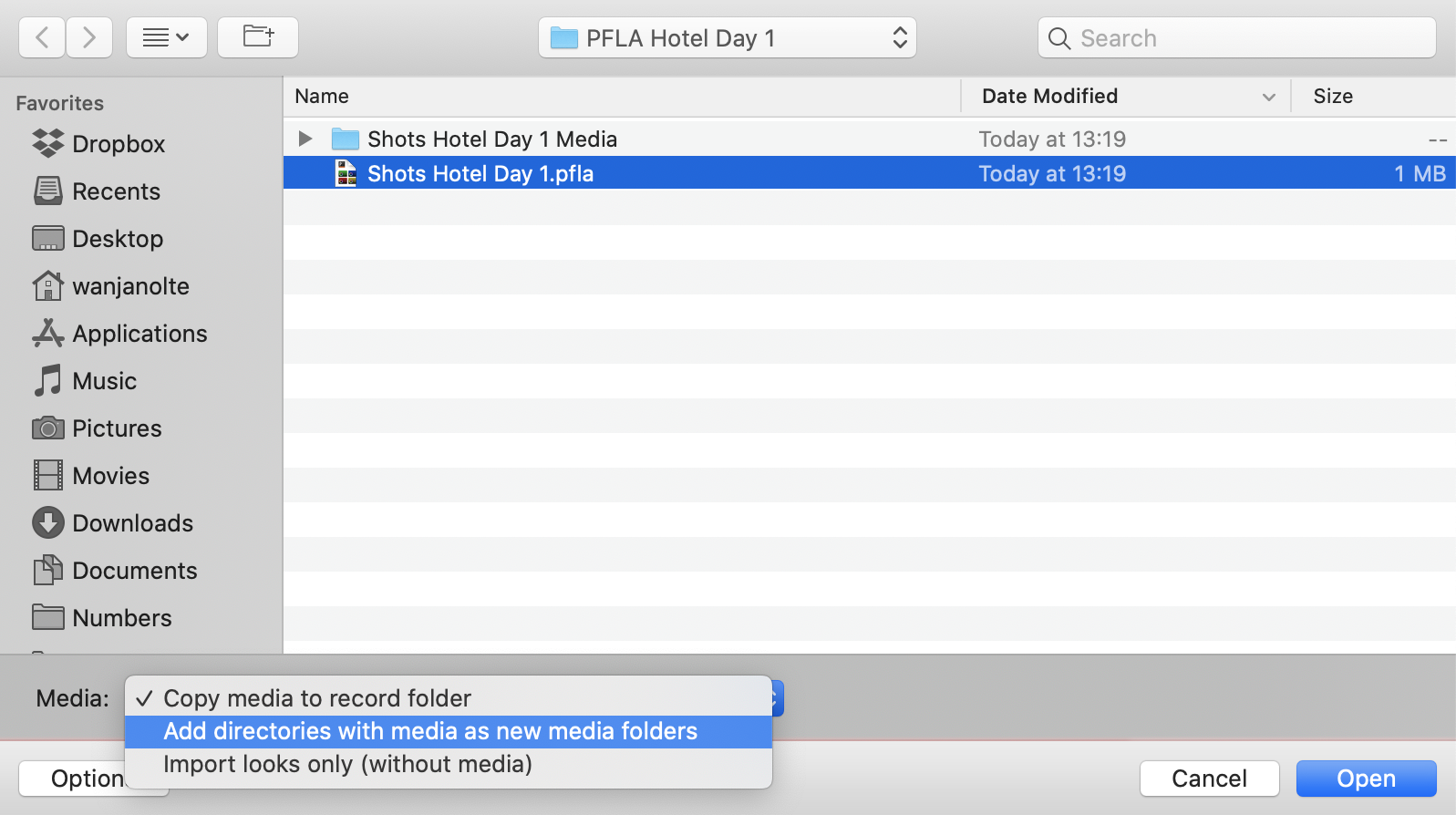