With SpectraCal’s software package CalMAN it is possible to create corrective 3D Cube LUTs that are compatible with Livegrade. Based on spectrometric measurements, CalMAN produces a 3D LUT for a specific display device that compensates deviations from the targeted color space. These 3D LUTs can be used in Livegrade to sustain an ideal performance of the connected display devices. 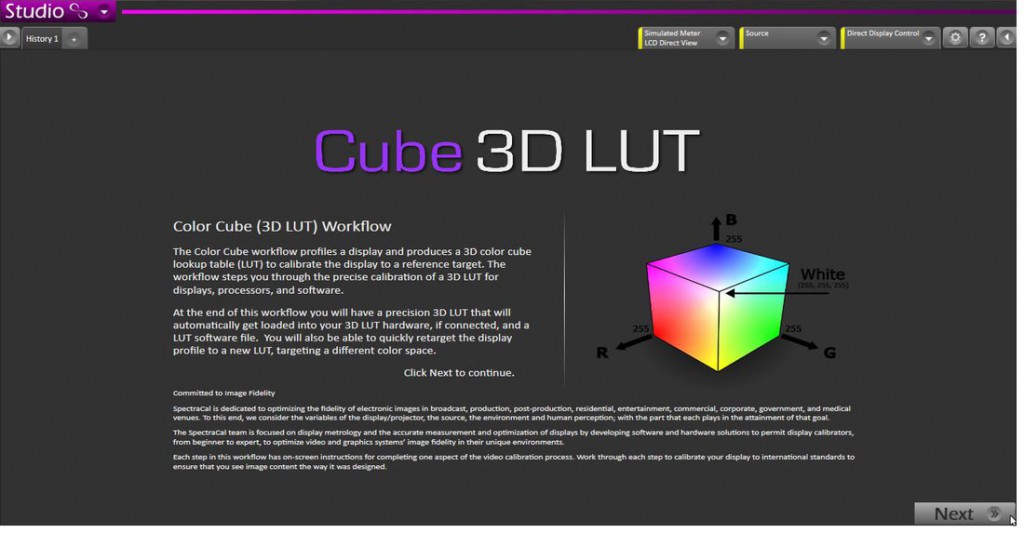 For further information on how to use CalMAN to create corrective 3D LUTs you can refer to SpectraCal’s Overview Guide or check their complete walkthrough of Creating 3D LUTS in CalMAN 5.

How to import and use corrective 3D LUTs in Livegrade

To import the corrective 3D LUT from CalMAN into Livegrade you have to add a new 3D LUT Node to your grading mode. To be able to do that you have to select a grading mode that offers the possibility to add nodes as e.g. “CDL Advanced”: 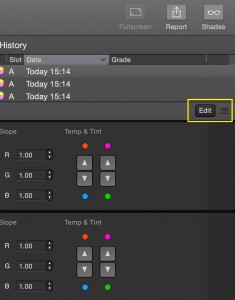 Make sure to add the 3D LUT node with the corrective 3D LUT as the last node. As the processings get applied from top to bottom the corrective LUT should be last to compensate the measured deviations of the display. With the “Edit”-Mode enabled you will be able to move the node to the final position: 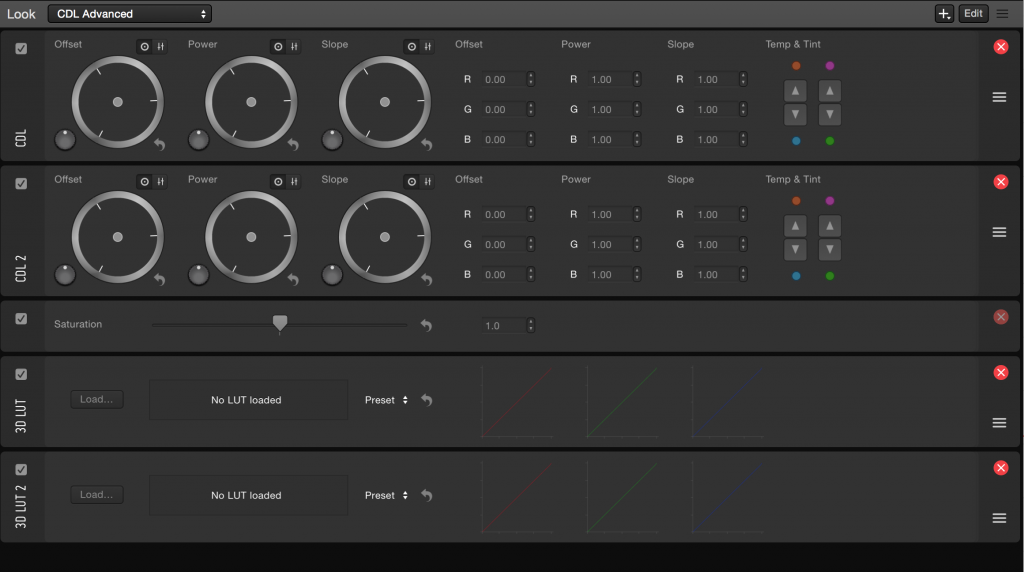 Figure 3: Use the Edit-Mode to move nodes

Exit the “Edit”-Mode by clicking on “Edit” again.

Use the load button in the final 3D LUT Node to choose the CalMAN calibration LUT you generated from Finder.

How to use Livegrade on an HD-SDI signal can be learned from the article HD-SDI setup for Livegrade.