You can display a shot’s graded still image (or thumbnail frame from a recorded movie) on any connected BoxIO device via the library menu or the contextual menu of a selected shot in the shots table. 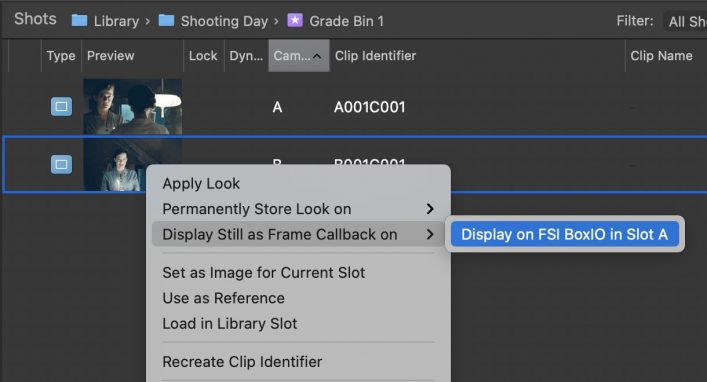 Display Still as Frame Callback on 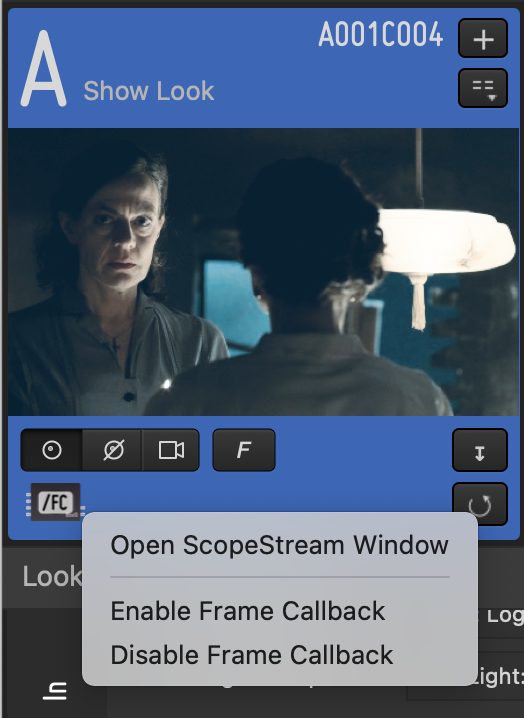 “Grade Still as Frame Callback” displays a shot’s graded still image (or thumbnail frame from a recorded movie) on a connected BoxIO device and applies the look to its slot. You can then edit the look and update the shot using the “Update” button in the toolbar or the associated menu items and controller actions.

Note: If you choose to apply a look of a shot via frame callback, the current look in the slot will be overwritten and not be restored after disabling frame callback again.