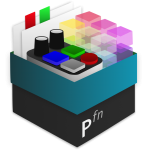 What Is New in Livegrade Studio 5.4 Beta ?

More Info in the Knowledge Base

Read the following knowledge base articles for further information on the new features:

The beta is available until the official release. Beta versions are not suitable for productions. A valid Livegrade Studio license is needed.

We are happy for any feedback! Please send an e-mail to: feedback@pomfort.com